In the year 1853 two brothers,William and James Hennefer, received a call from Brigham Young asking them to take their families to start a settlement along the Weber River in the valley, which was then known as an Indian hunting ground.  Upon the advice of Brigham Young they gathered their meager belongings together, placed them in two covered wagons and made the hard journey over the mountains into the little valley known as Henefer.  They took up forty acres of land on the sage covered flat and proceeded to organize a make-shift home.  It was necessary for them to live in their wagons and fortify themselves against the Indians while they cut and prepared logs to build their cabins.  The first cabin finished, which consisted on one large and a lean-to, was occupied by both families until a second one could be built.
James 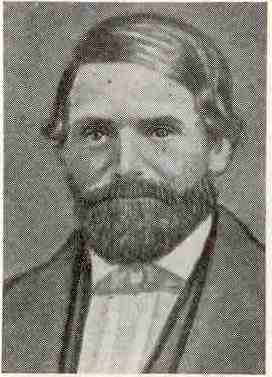 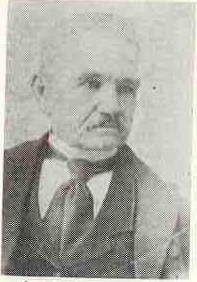 They brought with them, two cows, two pair of oxen and different kinds of seeds.  At this time the valley was covered with sage brush and a great deal of hard work was required to prepare the soil.
During the early settlement years Indians camped along the river bottoms and sometimes as many as fifteen hundred of one tribe would be camped there.  Chief Washakie of the Shoshones was the best-remembered and helped to do away with troubles between the Indians and the settlers.
Charles Richins arrived in Henefer with his wife Louisa and one child in 1860.  They built two rooms of adobe brick above three dugouts.  This was the first home made of material other than logs.
In 1867 Hennerferville citizens purchased eighteen sections of land from the Union Pacific Railroad.  Other settlers on the Weber were forced to rent such land from them at an annual rate of fifteen dollars per section.  In 1868 locusts destroyed most of the crops of the entire county.  A few potatoes, peas and beets were saved.  In 1869 grasshoppers destroyed all the grain crops of Henneferville, Croydon and Porterville.  Anything that had to be purchased was expensive.  Furniture was crude and there were no matches so fires had to be banked at night.
The women worked as hard as the men to provide food and clothing for their families, but in spite of their hardships the people enjoyed themselves.  They shared joy and sorrows together.  Sickness and disease of many kinds came upon the.  The worst calamity of all was the diptheria epidemic.   No help was to be had nearer than Salt Lake City other than the two local women who doctored with herbs.  In three weeks time 17 children were buried and there was great sorrow among the people.
Taken from:  Henefer our Valley Home  Compiled by Fannie J. Richins and Maxine R. Wright

NOTICE IS HEREBY GIVEN OF A REGULAR COUNCIL MEETING

OF THE HENEFER TOWN COUNCIL

CARRY OVER ITEMS FROM SEPTEMBER MEETING